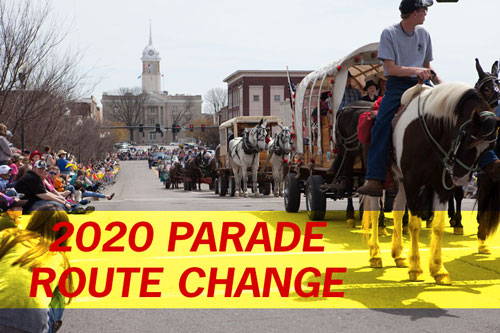 ***The 2020 Mule Day Parade will have a change in its route, due to the West 7th Street construction project***

During the construction, two of the four lanes will be closed at all times. Once completed it will be a great up-grade to downtown Columbia, with wider sidewalks, landscaping, etc. Construction should be complete by late summer 2020.
The new route will offer more viewing for the 100,000 who are downtown for the parade on Saturday morning. The functions such as the Culleoka Lions Club Pancake Breakfast and The Polk Garden Party will continue as usual.
The Parade will still line-up at the same location on Carmack Blvd., at the same time. Carmack Blvd. runs into Garden Street in downtown Columbia, and goes thru Columbia (rather than take a left on West 7th Street stay on Garden Street thru downtown Columbia) to the north-end of town and take a left at the Duck River Bridge on Santa Fe Pike which feeds into James Campbell Blvd., which in turn will carry anyone who is going back to Maury County Park.
The Parade Route will be about the same length as the present route, Wagons, Mules and Horses will have to travel about a mile more in distance in getting back to Maury County Park.
Santa Fe Pike and James Campbell Blvd. are both four-lane streets, as they will be blocked-off during this time, will be available to anyone who needs to be picked-up after the Parade. 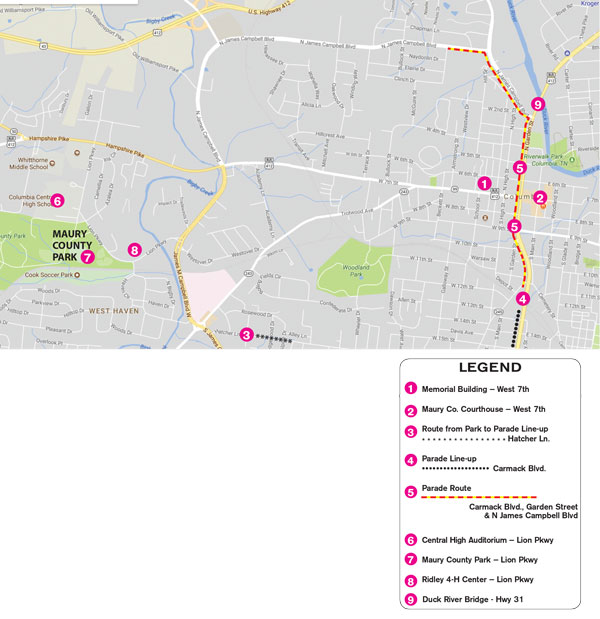 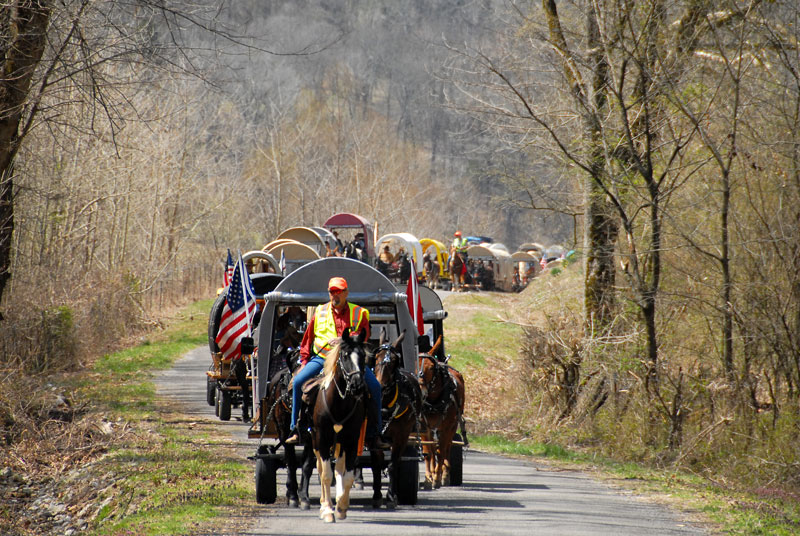 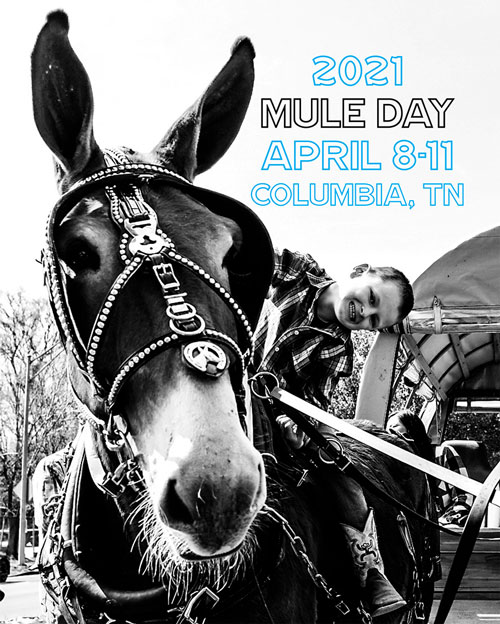